Another piece of the puzzle — Blonger & Co. goes to Phoenix.

We have reams of information on Sam and Lou in 1882, when Sam was marshal of New Albuquerque, and the brothers had numerous and varied exploits, dutifully chronicled by the town newsmen.

The years that directly follow have been a bigger mystery. The brothers left Albuquerque sometime around the end of 1882. But to where?

Over time a few details have emerged. In 1884, Lou owned a saloon in San Bernardino, California. For Sam’s part, he raced his ponies in Colorado, Arizona and New Mexico in 1885. A later Supreme Court case(!) revealed testimony that Sam lived in Dodge City, Kansas that same year – bolstering earlier rumors of a Blonger visit to that town.

And then there’s the pension document Lou filed in 1887, from Deming, New Mexico, in which he stated: 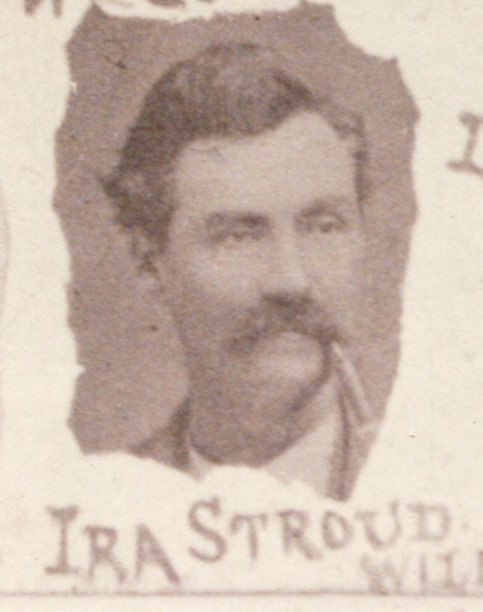 According to the Phoenix Weekly Republican, in February of 1883 Ira Stroud sold a city lot to Gus Ellis & Co. The buildings on this prime piece of downtown property, a saloon and theater, were slated for destruction. The lot itself, on the northwest corner of what are now Washington St. and 1st St., was at one time the location of the first store building to be erected in Phoenix, Hancock’s Store, opened in July 1871. It served as the town hall, county offices and general meeting place of early Phoenix.

Curiously, a week later, there were still performances at Stroud’s Theatre, and in March James Allen was busted in Stroud’s saloon for firing his weapon “in a promiscuous manner”. His prosecution was noted as the first of its kind in the territory. He got 6 months and fined $250. And finally to the point. In March and April, more ads for the theater were run, but this time with new proprietors – Blonger & Co. Was this Lou? Sam? Both? Neither? Surely not the latter.

In his pension request, Lou doesn’t mention living in Phoenix (or San Bernardino, for that matter). But what about Sam? He did spend time in Arizona during this period. Sold a racehorse to Earp nemesis Johnny Behan in March of ’83, so there you go.

Anyway – a new star on the map, a new advertisement or two for the gallery, and a new joint for the list, a theater, no less. That’s a good day.

P.S. – Soapy Smith was in town that year as well, hawking his soap. Small world.